Awards from customers, business partners and other organisations we work with are highly valued at GKN Aerospace and we take great pride in these achievements. This award recognizes the unique character and personality of your organization, and how its people live its values every day. GKN Aerospace has been officially recognised by the UK Ministry of Defence (MoD) with the Employer Recognition Scheme Gold Award, for our outstanding support to the UK Armed Forces community. Representing the highest badge of honour, Employer Recognition Scheme Gold Awards are awarded to those that employ and support those who serve, veterans and their families. GKN Aerospace becomes one of only 493 companies in the country to be recognised at this level.

The Employer Recognition Scheme was launched in 2014 to recognise employer support for the wider principles of the Armed Forces Covenant and the full spectrum of Defence personnel. This includes the Reserves, service leavers, cadets, spouses and wounded, injured and sick. To win an award, organisations must be signed up to the Armed Forces Covenant and have supportive HR policies in place for veterans, Reserves, and Cadet Force Adult Volunteers, as well as spouses and partners of those serving in the Armed Forces.

“I would like to thank all the organisations who have proven their support for the Defence community during such unprecedented and challenging times.

“The vast range of those recognised this year demonstrates how employing the Armed Forces community makes a truly positive and beneficial impact for all employers, regardless of size, sector or location.”

'It’s an absolute honour to be recognised in this way,' said Mark Miller, Director of UK Defense for GKN Aerospace. 'GKN Aerospace has been at the forefront of the UK Defence industry for decades, and we recognise the transferable skills and personal qualities that ex-military personnel can bring to our company and the wider community. We are extremely proud to support our servicemen and women and be an active supporter of the Armed  Forces’ 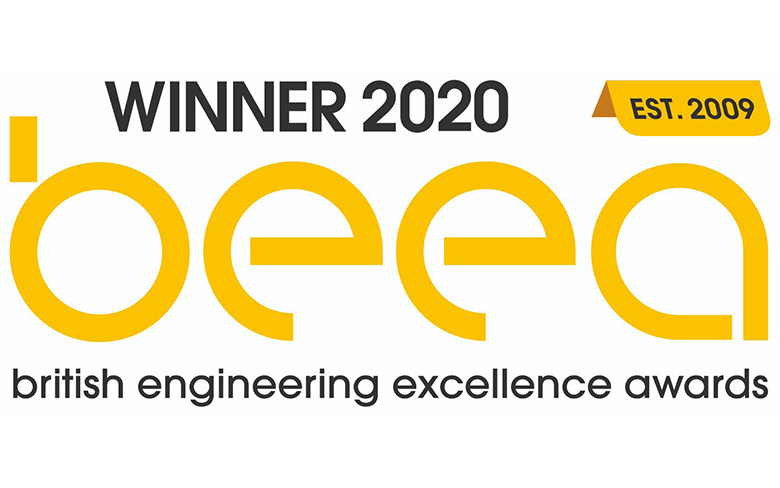 GKN Aerospace is proud to be part of the Ventilator Challenge UK consortium that has been awarded the Special Award for Design Engineering at this year's British Engineering Excellence Awards https://bit.ly/3u2VPpI. The Consortium team was astounding: depth of talent, passion and indefatigability.

The Royal Aeronautical Society is proud to announce the 2020 winners of the global aerospace community’s most prestigious and long-standing awards honouring achievement and innovation.

The virtual celebration, held 23-28 November, saw leaders in aviation, aerospace and space recognised for their significant contributions from space innovation to supporting humanitarian aid and addressing social barriers through flight.

Early-career professionals were also recognised for both their work on creating a more diverse and inclusive environment and for their wider achievements. The Young Persons’ Achievement Award went to Nick Goss, Project Engineer at GKN Aerospace who played an integral role in developing the Women in Aerospace and Aviation Charter while on secondment to the Aerospace Growth Partnership.

GKN Aerospace today announce that it has received a 2019 Boeing Performance Excellence Award. The Boeing Company issues the award annually to recognize suppliers who have achieved superior performance.

Boeing recognized suppliers who achieved either a Gold or Silver level Boeing Performance Excellence Award. GKN Aerospace received the Silver level of recognition for consistent performance in meeting customer expectations to remain competitive in the global economy. Additionally, GKN Aerospace will be eligible and nominated for Boeing’s Supplier of the Year award.

Allen Vyce, Vice President – Defense Business, GKN Aerospace said: “GKN Aerospace is proud to accept this award for consistent performance by our sites. I would like to thank all of our dedicated employees for delivering such high quality products to Boeing. We value our strategic partnership with Boeing to support multiple military platforms in use around the world, and this recognition helps to show we are heading in the right direction in laying the groundwork for continued growth.” 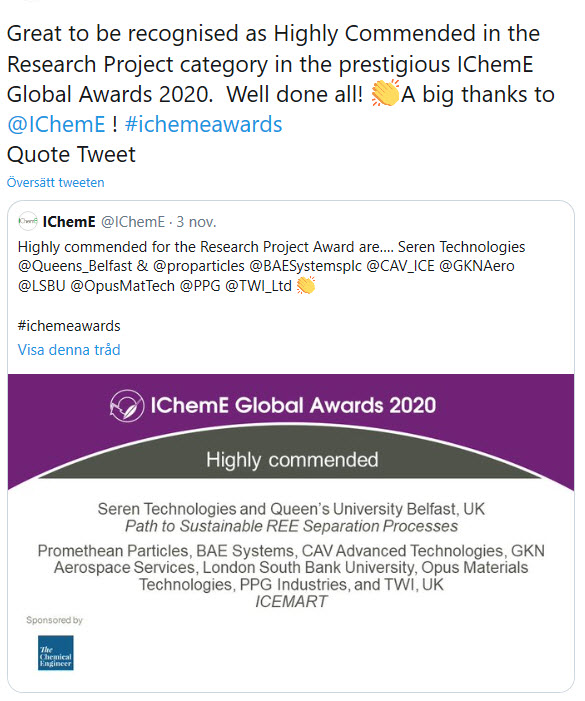 Lockheed Martin announced 28 September that they have awarded GKN Aerospace with the Quality excellence award for the F-35 Dutch internship program. This award recognizes organizations that drive continuous improvement and demonstrate values that foster innovation, customer relationships and people development while relentlessly pursuing industry, academic or quality improvements. Lockheed Martin, TU Delft and GKN Aerospace have enjoyed a long-term partnership over the past 15 years as, together and have introduced over 100 interns to the F-35 Dutch Intern Program. TU Delft students are an excellent resource for Lockheed Martin and the technical support received from both the TU Delft faculty and GKN Aerospace staff is recognized with this award. GKN Aerospace has earned a spot within the Top 100 Aerospace Companies in an annual study done by Flight Global.

Recognition for the Values Partner Award 2017